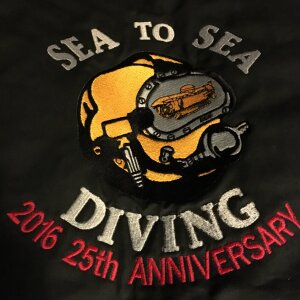 Williamson: Stephen James Dunning passed away on February 21, 2022 after a long illness.  He was 51 years old.  He was born on December 04, 1970 to Terrance J. Dunning and Janet Kovilaritch Dunning,  Stephen was a 1990 graduate of Williamson High School.  Following graduation,  he attended the Divers Academy in Hollywood, Florida.  After graduation,  Stephen opened his own diving business in Williamson known as Sea to Sea Diving Enterprises.  He was very proud of the underwater work he did for many towns along Lake Ontario.  Stephen contracted for NOAA, The National Oceanic Atmospheric Administration, to clean and repair their weather stations along the eastern seaboard.

Stephen was a gifted artist and designer.  He developed an aquatic filtration system and was granted a patent for his design. He was instrumental in building a yellow submarine which he used in his business.  He offered his service many times to help search and rescue people who had the misfortune of submerging underwater.  He loved to fix up old cars, travel with his family, bargain at flea markets, attend auctions and barter with people.

He is survived by his wife of 27 years, Erin Lockley Dunning, his daughters Madison and JayElle Dunning, his mother Janet Dunning, his father Terrance (Kathy) Dunning, mother in law Simone H. Lockley, sisters in law Elisa (Alan) Knataitis, Catherine (Brian) Lockley, MaryBeth Lockley of Alameda, CA, and Patricia (Ron) Kiesinger. He is also survived by 3 nieces and 1 nephew and 1 great niece and 1 great nephew.  He also leaves behind several aunts, uncles, and cousins, and special friends Len and Carol Lisenbee of Rushville and his beloved dog Piper.  Stephen was predeceased by his father in law Alden C. Lockley, better known to him as “Pops”.

Although an only child, Stephen had “a band of many brothers and sisters” who were his best friends and whom he considered all of them his family.  Calling hours will be held on Sunday, February 27, 2022 from 2pm to 4 pm at Young Funeral Home.  A celebration of Stephen’s life will be held on Monday, February 28, 2022 at 10 am at the Williamson Bible Baptist Church, followed by a private burial at Lake View Cemetery, Pultneyville NY.

To send flowers to the family or plant a tree in memory of Stephen James Dunning, please visit our floral store.