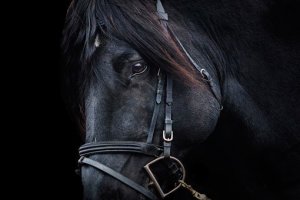 Williamson: Left this physical world on Tuesday January 21, 2020 at the age of 67. She was born November 11, 1952 to the late Harry A. and Leona J. (Keukelaar) Calus in Newark, NY and departed from us in her sleep in her lifelong home in Williamson, NY with her beloved dog Gracie.

She was predeceased by parents, siblings Barb, Jim, Dolores, and Shirley, and beloved dog Maddi Mae.

In 1970, she graduated from Williamson Central High School. On March 24th, 1973 she married Gary Weber and later in the year had her only son Wade Weber. In 1977 she began her 40 year career as a bus driver in the Transportation Department at Williamson CSD. After retiring as Transportation Director in 2017 she enjoyed the time off for a few months, but began to miss the kids so much so that she started driving bus for Wayne Central School District. Over the years she additionally would train numerous individuals to obtain their CDL’s.

In her youth she developed an affinity for horses that would remain into her final days. Growing up on a farm, she was exposed to all sorts of animals; Nancy and her siblings would try to ride the pigs and donkeys until they were finally granted a real horse at the age of 12 which was a Black Morgan Stallion. Her love for horses continued with success in the 4H state level competitions.  She was the 1970 4H champion Western Rider for NYS.

Nancy was also an incredibly talented driver and she was a two-time NYS Bus Rodeo Champion.  She represented Williamson and New York State on the national level.

Throughout her life she exemplified being a hard worker; taking initiative to do things on her own rather than wait for assistance. Her smile was infectious and you could easily find yourself talking to her for hours. When she wasn’t driving bus you could find her at the races, camping, out to breakfast, mowing the lawn with Gracie, with her horses, or watching a swim meet. But one thing you could always count on was her love of family; if you needed her, she was there. She truly loved being a daughter, sister, wife, mother, grandmother, and bus-driver. The amount of lives that she touched must truly be immeasurable throughout her career and personal life. Although she leaves behind a great deal of sorrow, she also leaves behind an appreciation for the life that she did live.

Family and friends are invited to calling hours on (Tuesday) January 28, 2020 from 4pm - 7pm at Young Funeral Home: 4025 Ridge Road, Williamson, NY.  A celebration of Nancy’s life will be held on (Wednesday) January 29, 2020 at 6pm at the Williamson Bible Baptist Church: 6463 Salmon Creek Road followed by a dessert reception in the fellowship room. A private burial will take place in Lake View Cemetery.

In lieu of flowers, the family requests donations to be made to: Cracker Box Palace or the Humane Society of Wayne County.

To plant a tree in memory of Nancy Arlene (Calus) Weber, please visit our tribute store.